Accepting a counteroffer grants you a shelf-life of six to twelve months.

You are extremely thrilled with yourself. You just accepted a great offer of employment from a wonderful company. Now, all you need to do is resign. You plan it out, write your resignation letter, and get ready to discuss your departure with your employer. Whew! It’ll be over soon.

Not by a country mile. Why not? Unfortunately, too often, employers feel compelled to present departing employees with a counteroffer. As soon as you accept the counteroffer—a true counteroffer—you may as well start job interviewing again.

There are many forms of counteroffers. I only consider a counteroffer true if your current employer extends it after you have already accepted a position with another company and have resigned from your current organization with genuine intent to leave. There are many variations from what I just described. For example, you could have made your current employer aware of an offer you received but didn’t accept. I classify this situation (and others like it) as silly maneuvers to gain leverage in reinforcing your value to the company. Candidly, the detrimental impact of these latter situations does not carry the same level of gravity to both parties that a true counteroffer does. The reason is that a threat never hurts as much as reality.

There are many emotional and economical factors at play whenever a company decides to present an employee with a counteroffer. I’d like to review them in detail to help you manage this delicate and often gut-wrenching situation.

Typically, whenever an employee resigns, the company feels hurts. Remember, these are human beings with feelings. Your boss and management team will initially feel as though this is a reflection on them. Even if nothing could be further from the truth, people are generally self-centered when it comes to situations like this. They are inclined to feel as though you are quitting them as opposed to the company. Of course, you likely are quitting them, but there can certainly be a host of other reasons.

Regardless of what happens next, remember you have damaged the relationship—at least temporarily. The company might pull it together quickly and attempt to address your issues. You need to recognize that good, well-managed organizations never, under any circumstances, present counteroffers. They don’t need to because they have universal policies and procedures that are equitable for all employees. They provide strong compensation programs. Most importantly, they recognize no one is irreplaceable—not even you—so they nurture their existing employee base for successions when employees leave. They also execute strong recruiting programs so they can hire additional resources when appropriate. To present a counteroffer to an employee would likely require them to break protocol, something great organizations simply don’t do.

Your emotions are a different story. While theirs start in the dumpster and rise if they succeed in retaining you, yours are initially elevated from the high that they desire you. Of course, you have immediately forgotten that two days ago, you were feeling unappreciated, undervalued, underpaid, or whatever else drove you to this situation in the first place. Don’t worry, the laws of the universe have an incredibly tenacious way of balancing themselves, so you’re in for a letdown soon enough. How do I know? Because after the heightened emotions are addressed in the initial renegotiation, you are left with a situation where you need to perform under what I call the “post-counteroffer-promotion” syndrome. You know that situation. It’s the one where someone is now paid more (or has received alternate concessions), has the same level of skills they did yesterday, and is expected to do more in a shorter period of time, under the watchful eye of a jilted boss, while the management team looks for your replacement so they’re not out the entire annual raise they provided you. You will be brought back to earth quickly enough.

As your descent speeds up, they too are falling from their high of saving you. Now they simply view you as disloyal. The good news for them is they now have more time to replace you. As time goes on, you recognize that you wanted to leave for more reasons than simply money, and you become unhappy again. If you don’t leave soon of your own accord, they will likely replace you. I combed the books and Internet for various statistics regarding counteroffers. I found many various viewpoints but most indicated that over 80 percent of individuals who accept a counteroffer from their current employer are no longer with that company after six months. The National Employment Association gives that number as 89 percent. Do you want those odds?

After the emotions calm down, it’s truly about the economics.

Let’s say for the sake of argument that you let your emotions overwhelm you, and you are strongly considering the counteroffer. Have you thought about the implications for the company if they’ve provided you an unexpected pay raise?

You just made the employer dip into its coffer for more money. Last time I checked, businesses survive by making a profit. I’m not saying your pay raise is going to bring down the house, but I’m fairly confident your employer will find some way to recuperate funds it didn’t expect to spend. There are many ways to look at it, but your $5,000 pay raise could amount to a mere $833 if they replace you within two months. That’s before the government removes your taxes. Perhaps they do keep you around. Your next cost of living raise might be significantly reduced (or eliminated altogether). Both of these previous scenarios assume your employer had the money to give you in the first place. Where did they get it and why didn’t they give it to you before you threatened to leave?

Do you have any pride or integrity?

So you’ve been overcome with emotion, and you’re not very good at math. Both of these can be excused. What about your integrity? What about your pride? Let’s take a cold, hard look at what is transpiring. You have decided to leave your current employer, probably for good reasons. You have accepted a new position, agreed to it, and signed a formal offer. You have committed! You are about to squander your honor and break your word (and your signature).

Regarding your current employer, you are now officially an extortionist. You can rationalize it any way you want. It also doesn’t matter how nice and sweet you are. You have technically extorted more money or concessions. It’s that simple. You need to be more worried about why you work for an organization that requires these tactics from you in order to pay you appropriately. If your current company relents and succumbs to your extortion, they are just as bad. Even worse than the extortion, you have given your word to a new innocent party. You are about to break that. That’s entirely your doing.

Out of the other side of mouth …

I’m happy to be fair. There might be rare instances when accepting the counteroffer is the smart thing to do. Perhaps you were overly emotional when you started interviewing with the new employer or there was a drastic change of events that occurred during the process. Maybe you’ve had more to time think and things weren’t as bad as you thought.

I have seen a select few instances where individuals have accepted counteroffers and gone on to several more productive and enjoyable years with their employer. Keep in mind, however, that is more the exception than the rule. I suggest you think deeply about the reasons you initiated the process. A counteroffer is typically unlikely to address those reasons in the long run. 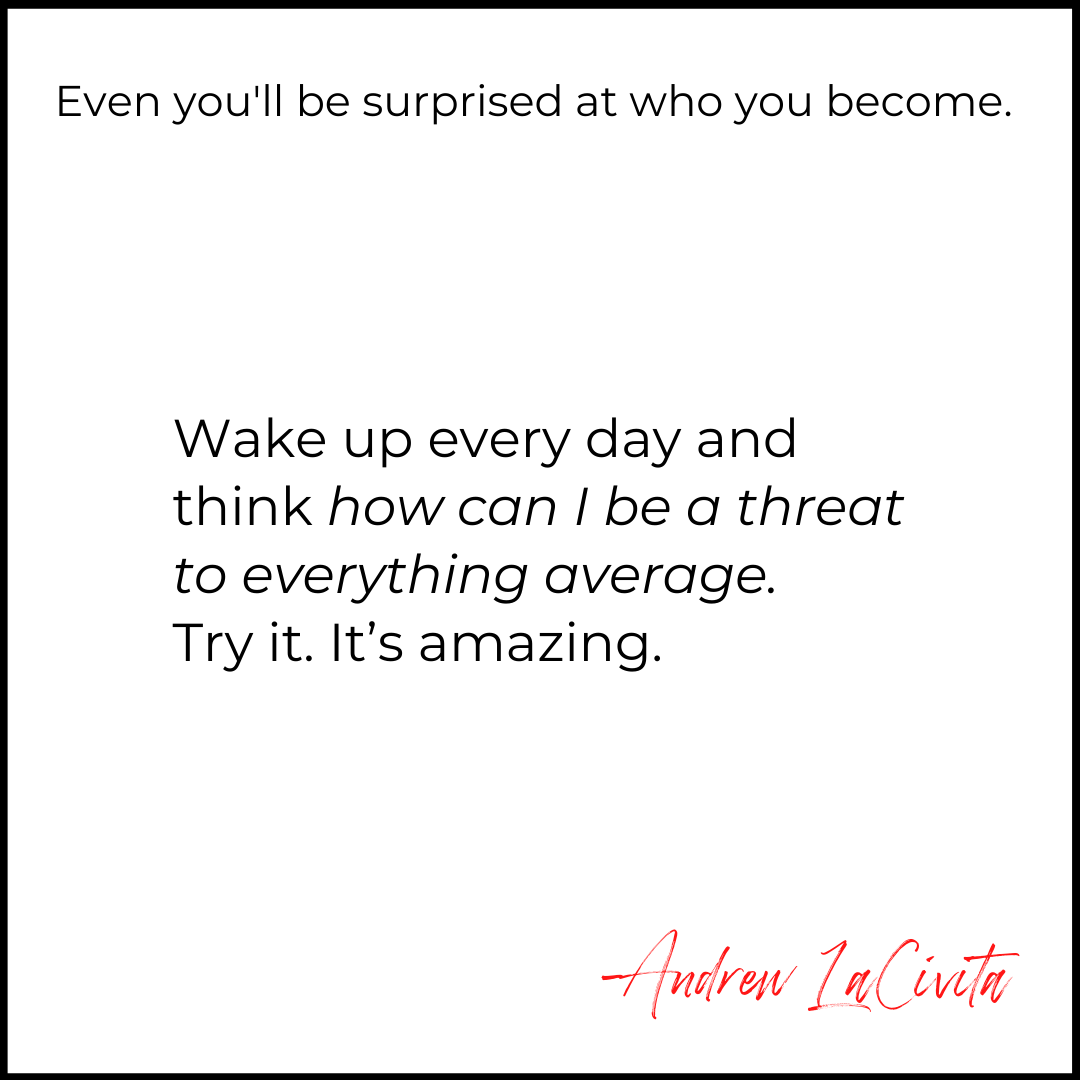